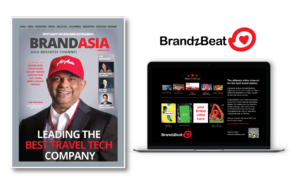 Influential Brands has launched two new platforms: BrandAsia, a publication that covers different subjects from entrepreneurship, innovation, technology, human capital to brand strategy, and BrandzBeat, an online channel that aims to feature some of the most fascinating brand stories.

In the first edition of BrandAsia, some of the executives that have contributed include Rosaline Chow (CXA Group Founder and CEO), Varun Bhatia (AirAsia Chief of People and Culture), Joel Neoh (Fave Co-Founder), James Chang (Lazada Singapore, CEO). While some of the brands being featured are Raffles Hotel, Pernod Ricard, Shiseido, Chow Tai Fook, Pokka, Bentley among others. The publication will be distributed in both Digital and Print and it will be released in January 2020 across Asia.

Read more
Open chat
1
Need Help?
Hi There! How can we help you?
Powered by